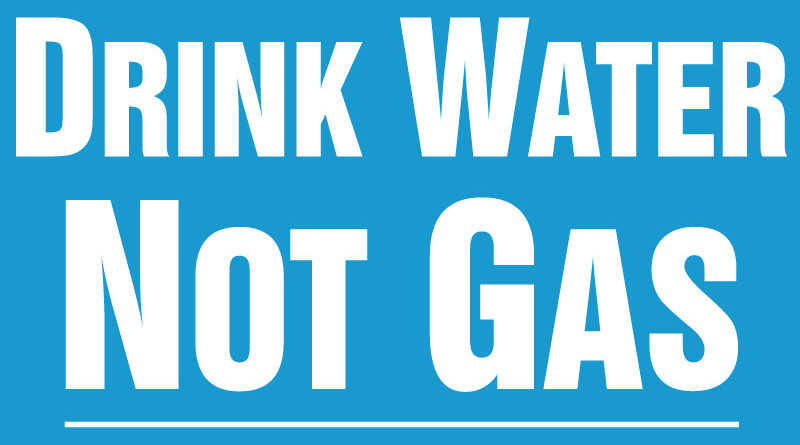 We are a large group of neighbors in the Traders Point area of Indianapolis concerned about a planned gas station development in our neighborhood. A developer is planning to bring a large 12-pump gas station and 7 retail shops to 8562 Lafayette Road (the southwest corner of the 86th & Lafayette Road intersection).

So Why Drink Water and Not Gas?

Well, for starters- drinking good clean water has amazing health benefits and drinking gasoline might just kill you. Of course those are the two extremes. However, even trace amounts of gasoline can be very harmful to you, your children and the environment.

It only takes one gallon of gasoline to contaminate one million gallons of water. Only one gallon. This gas station would be just a few hundred feet from Fishback Creek which feeds directly into nearby Eagle Creek Reservoir (a primary drinking water source for Central Indiana).

Consider this from Scientific American: “Despite all the modern health and safety guidelines they must follow, gas stations can still pose significant hazards to neighbors, especially children. Some of the perils include ground-level ozone caused in part by gasoline fumes, groundwater hazards from petroleum products leaking into the ground, and exposure hazards from other chemicals that might be used at the station if it’s also a repair shop.”

Scientists have found that “dangerous airborne pollutants…could contaminate buildings as far as 100m away.” and recommend a minimum distance of at least 164 feet (50 meters) to housing & 328 feet (100 meters) for ‘especially vulnerable’ facilities such as schools. With Fishback Creek Elementary (serving over 500 young children in the community) less than 200 feet away (61 meters), it is definitely cause for concern.

Even though there are regulations around underground storage tanks, the regulations do not address subsurface and surface contamination caused by small gas spills.  Studies have shown that even these small amounts are harmful to humans and the environment.

Consider this recent study by John’s Hopkins University: “‘Over the lifespan of a gas station, Hilpert says, concrete pads underneath the pumps can accumulate significant amounts of gasoline, which can eventually penetrate the concrete and escape into underlying soil and groundwater, potentially impacting the health of those who use wells as a water source. Conservatively, the researchers estimate, roughly 1,500 liters of gasoline are spilled at a typical gas station each decade. “Even if only a small percentage reaches the ground, this could be problematic because gasoline contains harmful chemicals including benzene, a known human carcinogen,” Hilpert says.”

It has also been shown that gasoline station employees more likely to develop chromosomal abnormalities and many types of cancer due to their exposure to the hazardous chemicals that make up gasoline.

With razor thin margins at the pump, oil prices falling off a cliff, and the surge in electric & hybrid cars it is very unlikely that gas station developers will do anything beyond the minimum required by law to protect their neighbors and the environment.

So, why take the chance on another environmental & public health disaster- especially when it is not needed or wanted in the first place?

Why Do We Not Want a Gas Station?

If the environmental concerns weren’t enough, here are a few more reasons why a gas station is not needed in the neighborhood:

If more than 900 people publicly oppose the development in the small market the developer hopes to serve, and they are willing to drive an extra 2 minutes to get gas, that would make it difficult for a business to be successful.

How Can You Get Involved?

Sign the Petition
Join over 1,700 of your neighbors in opposing the planned gas station.